April 11th,12th and 13th  President Black and I went Scottsdale, Arizona to the North America Southwest Area Mission Presidents Seminar. We able to be with 18 other Mission Presidents and their wives who are serving in Nevada, Arizona, New Mexico, Texas and Oklahoma. It was nice to be able to talk with others who are sharing the same types of experiences.
We were taught by Elder Russell M. Nelson, Elder and Sister Tad Callister, Elder and Sister
Stanley G. Ellis, Elder and Sister Larry Echo Hawk, and Brother Tracy Watson from the
Missionary Department.
Elder Nelson taught about the Scattering and the Gathering of Israel, and how the Lord
is hastening that gathering process. There is a lot of work that the missionaries as
well as the members of the church are being asked to do.
It was a wonderful "leadership training meeting"
and a great spiritual boost. 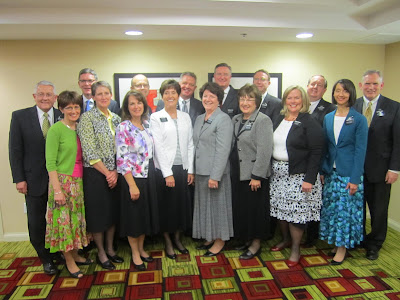 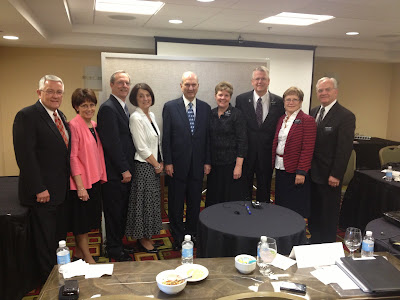